An Introduction to the Common Core State Standards

What Are Common Core State Standards?

The Common Core State Standards were developed in response to the variances in what students from different states learn. As a result of different educational standards between states, two students graduating at the same time in two different states could have vastly different levels of knowledge. Concerned that students were graduating high school unprepared for postsecondary education or to enter into the workforce, the National Governors Association and the Council of Chief State School Officers (CCSSO) collaborated with teachers, school, administrations, context experts and others in the field of education to develop a set of clear, comprehensive standards for literacy and math that all the states could adopt. (While history and science standards are addressed, they are intended to be supplemental to state standards in these fields.) 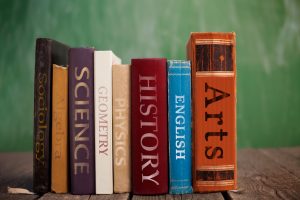 Who the Standards Affect and How They Are Being Implemented

The Common Core State Standards affect almost everyone that has any hand in education: students, teachers, school administrators and more. Teachers must adapt their curriculum, projects and tests to make sure the Standards are being addressed and that students are adequately prepared to be tested on them. Superintendents and school administrators are responsible for making sure the Standards are implemented and that their staff is receiving the support and resources they need to make this happen. And, of course, students are affected. Those who are already partway through their educational journey may be learning new information in new ways. Students in some states may have to catch up to standards that they are unable to meet because of what they did or did not learn in previous years.

So far, 45 states and the District of Columbia have adopted the Standards. States that have accepted Common Core State Standards have started to prepare for implementation in the 2014-2015 school year, the first year that the assessments aligned with the Standards will be given.

If you’ve heard anything about the Common Core State Standards, then you have likely also heard of the controversy surrounding them. Concerns over the Standards are many: fear of federal control over education, worry about the cost of the assessments, concern that teachers will be held accountable for assessment results before the Standards have been fully implemented, and lack of support for implementation from the federal level are all top concerns for teachers and administrators.

It is important to note, however, that despite the controversy, maybe educators are still in favor of the Standards and what they represent. A September poll from the National Education Association found that 75 percent of NEA members support the standards wholeheartedly or with some reservations. Of those polled, 38 percent applauded the clearer guidelines and education goals – though 55 percent did say that assessment results would factor into their performance evaluations.